Homer (with a note on Sour Beer) 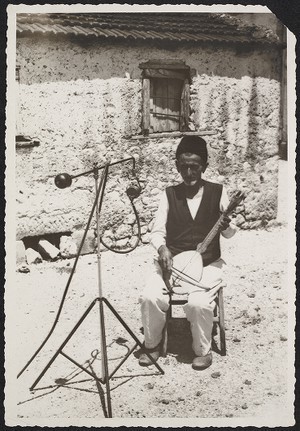 Reading through this blog over the weekend it occurred to me that the post I published on Friday 7 May could function in tandem with the post I put up in August 2019, which was devoted to the craft beer project I'd been working on. At that time I was beginning to record oral history interviews with various people I'd talked to during fieldwork. These interviews form the oral component of the project. Fast forward to April and May of this year, when I've begun transcribing the interviews I conducted immediately prior to the Pandemic shutdown. That process is highly involving, and immersive. I routinely transcribe my interviews with headphones on, which produces an intimate association and engagement with the voices on the audio file – mine, as well as that of the interviewee. The process also takes me back to the time of the interview itself, and gets me back in touch with the person on the other side of the microphone.

Thinking of the two blog posts – this one and the previous one – it hardly needs pointing out that oral interviews differ in many ways from poetry, and oral poetry. That said, there are moments of a more heightened sort of performance during interviews that raise the recorded discourse above simple, mundane reporting. As noted in that previous post, I'm deeply interested in oral performance and its relation to poetry. I recently read Stanley Lombardo's translation of the Iliad, which is remarkably like a verbal performance of that foundational epic. In fact, Lombardo performed parts of his translation before live audiences prior to publication of the book. As he notes in his Translator's Preface:

The grand epic poems attributed to Homer have come down through the centuries in written form, but they were likely performed orally for hundreds of years prior to the 8th century BCE, when the Greeks adopted the Phoenician alphabet and set the poems down in writing. In The East Face of Helicon, his book tracing the influence of West Asiatic culture on the culture of the Greeks, A.N. West points out the significance of the alphabet:

A more immediately obvious benefit of writing, perhaps, was the ability to exchange messages with absent persons, verbatim messages that would not be distorted in transmission and could be sealed for complete privacy. Phoenicians could be seen to send and receive letters. They could be seen to preserve the memory of the dead from oblivion, apparently indefinitely, by inscribing memorials; to label dedications to the gods, so that there could be no doubt about the identity of the dedicator or the status of the object deposited; and in all probability, to possess books containing poems or other valued compositions from earlier generations. No doubt the Greeks did not follow up every lead at once. But within a century or two of learning the alphabet they were using it for all these purposes and others besides. (25)

Thoughts of oral poetry can quickly lead to thoughts of Albert Lord's extension of Milman Parry's work with Slavic singer-poets, which built in turn upon previous work by Mathias Murko, a Slav and scholar who first recognized that the technique of the South Slavic singers was iterative and patterned, improvisatory and cumulative. While the epic poems drew upon the obvious mythical, legendary, or quasi-historical materials and sources, some performances could be tailored to reflect recent or contemporary events. A.B. Lord's classic work The Singer of Tales is now available in a third edition, supplemented with new materials, and with a link to the Milman Parry Collection of Oral Literature at Harvard. That site can be accessed at https://mpc.chs.harvard.edu.

I'll continue to use this blog explore these two interests – orality and its relation to written poetry, as well as the use of the spoken word in reporting and performing historical and cultural experience through the oral history process. And once I've finished transcribing all the interviews I conducted for the craft beer project (which will take weeks if not a few months), I'll explore how to post some of that material, with discussions that would reflect on the significance of those interviews in illuminating the work of the many fine artisan brewers and their suppliers in Vermont.

Before closing this post, however, and in the interest of allotting equal time to the two topics mentioned here, I want to provide a glimpse of this material, in this case drawn from an interview with Nate Scull, head brewer at Hermit Thrush Brewery in Brattleboro. During our interview, I'd asked Nate about procuring and cultivating native yeasts, since Hermit Thrush is notable for focusing exclusively on sour beers, and for using ambient yeast to culture their products. Here's a snippet of that conversation. I've made very light edits to the transcript for clarity:

NS: And we absolutely do have a native host of strains in our brew house. And in our brewery entirely.

TC: They're swimming all around!

NS: Yeah, right now! If we were sugar we'd be fermenting into sour beer right now! I guarantee it! I think that we treat our yeast as our invading army. You know? We have inoculated this brew house with native yeast strains that we've found from the surrounding area, and have brought into the brew house. And because we've made it so comfortable, it has now become the native strain of the woodwork in our brewery. Like, this wood table that we're up against right now, guarantee has our house strain in it.  And we trust that. You know? That gives us a certain level of trust that it's outcompeting other things that might be introduced. Because it's a pretty hardy yeast. It's been in this area a lot longer than we have, and knows how to handle Brattleboro, all its weather and everything, because it developed here.

I cite this passage because it touches on the issue of terroir, an important subject for not only beer, but perhaps especially for mead and wine. In fact, there's an argument that sour beers such as those produced at Hermit Thrush may be more akin to mead or wine, than to beer per se. This may be a stretch, but I'll make an effort to address and develop these and other ideas in future posts. Meanwhile, I recognize that the separate components of this post don't fit together especially well – beginning with Homer and concluding with sour beers -- which may provide for a jarring reading experience. But it's only a blog post, after all! And my immediate purpose is simply to lay things out, and to report, returning to them at some other time.