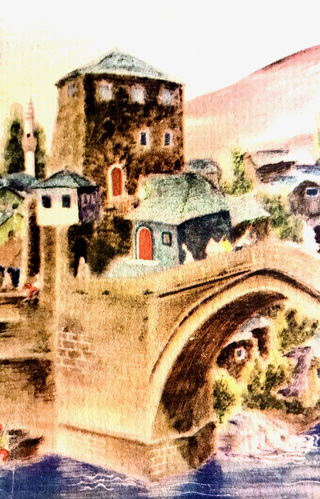 On Ismail Kadare, who was awarded the Neustadt Prize in 2020, on the 50th anniversary of that prize…

There's an interesting passage in The File on H., where Ismail Kadare considers the question of Homer's blindness. In this largely comic novel, two Irish scholars travel to Albania to record and study the oral poetry tradition and determine its relationship to Homeric epic. Portions of their (fictive) notes are incorporated into the text, set in italics. Other passages are cast in the voice of a narrator, possibly reflecting the thinking of the author. The passage quoted here is in the narrator/authorial mode:

Homer probably suffered some major physical defect, but rather than blindness, his disability was more likely to have been deafness. Deafness brought on by listening to tens of thousands of hexameters? Actually, deafness suited Homer rather well. Blindness was more suitable for later times, when books had been invented. All the same, statues did usually portray Homer as eyeless. But maybe deafness was just impossible to represent in marble? Maybe the sculptors had solved the problem by substituting one disability for another? In the last analysis, haven't eyes and ears always been associated with each other as the two most characteristic, visible organs of humankind?

A blind Homer may well have dictated his work to an expert scribe; a deaf Homer may have written the texts down himself. In any case, the irony in this passage is palpable. In fact, the book is replete with irony, is broadly comical, and is laced with satire. Employing that narrative frame, Kadare is free to comment on epic poetry, on Homeric scholarship, and on the related subject of nationalism. The book ultimately turns on the complex, longstanding argument in the Balkans over precedence in relation to epic poetry. Where did the epic tradition originate? Who copied whom? I think it's precisely because Kadare chose to dramatize these issues in his novel, as a pretext for commenting on oral epic and related matters, that some critics and readers have been dismissive of this book.

In a review published in the New York Times (March 1, 1998), Ken Kalfus writes that,

''The File on H.'' ranks among the least successful of Kadare's works. Lazily plotted, stylelessly written (at least in David Bellos's translation of the French translation of the original), the novel fails to turn Kadare's conjectures about Homer into drama.

Of course, Kalfus can't be faulted for seeking the literary value of the novel. But he concludes with this:

Later, he [Kadare] laments ''eternal Albania, bearing its tragic destiny with dignity.'' But why tragic? Is Albania's destiny more tragic than that of the Serbs or the Croats or for that matter the destiny of the Irish? And are their destinies tragic, or simply their pasts? Their destinies lie ahead of them, in the unknowable future, subject to human agency. And what's so dignified about a country mired in poverty and blood feuds? In the end, Kadare's celebration of the Albanian contribution to Homeric verse subsides into a gratingly familiar nationalist whine.

Much ink has been spilled over the subject of nationalism. Kalfus seems to adopt a tendentious position, in keeping with the thrust and tenor of his review. But I want to bring another voice into this discussion, as a rejoinder to Kalfus. In her classic Black Lamb and Grey Falcon, Rebecca West makes a passing comment on nationalism in her chapter on Old Serbia (Vol. 2 p. 842-3), inspired by a patriotic recitation she'd witnessed at Kosovo, put on by a group of school children:

Here was the nationalism which the intellectuals of my age agreed to consider a vice and the origin of the world's misfortunes. I cannot imagine why. Every human being is of sublime value, because his experience, which must be in some measure unique, gives him a unique view of reality, and the sum of such views should go far to giving us a complete picture of reality, which the human race must attain if it is ever to comprehend its destiny. Therefore every human being must be encouraged to cultivate his consciousness to the fullest degree. It follows that every nation, being an association of human beings who have been drawn together by common experience, has also its unique view of reality, which may contribute to our deliverance, and should therefore be allowed a like encouragement to its consciousness. Let people, then, hold to their own language, their own customs, their own beliefs, even if this inconveniences the tourist. There is not the smallest reason for confounding nationalism, which is the desire for a people to be itself, with imperialism, which is the desire of a people to prevent other peoples from being themselves. Intense nationalist spirit is often, indeed, an effort by a people to rebuild its character when an imperialist power has worked hard to destroy it.

Rebecca West's book was published in 1941. I've quoted her at length, partly for the elegance of her prose, but also to mark a broader frame around the issue at hand. Kadare's Albania had once been a part of the Ottoman Empire, and following that had been ruled by an authoritarian king, then afterwards coming under Soviet control. Given this history, and for other reasons as well, Kadare may be entitled to his nationalism. Even so, the issue is fraught. Within and beyond the historical sweep of any hegemonic empire, there's likely a reactionary nationalism ready to step up to facilitate its own version --  oppression of minorities or "others" not anciently sprung from that soil, "others" not members of that language community.

Kadare addresses this, in a fictional diary entry by the two Homeric scholars:

The bilingualism of these epic poems makes every one of the issues concerning them infinitely more difficult, and we have no clue at the moment to how to cope with this aspect of the subject. These epics seem to constitute the only art form in the world that exists, so to speak, in duplicate. But to say they are bilingual or duplicate is to underestimate the acuteness of the problem: they exist in the languages of two nations that are enemies. And both sides, the Serbs and the Albanians, use the epic in exactly the same way, as a weapon in a tragic duel that is unique.

It would be childish to imagine that each of these nations invented epic poetry independently. One of them must be the originator and the other the borrower. We are personally convinced that, as they are the most ancient inhabitants of the peninsula, the Albanians must have been the originators of oral epic. (The fact that their versions are much closer to Homeric models tends to confirm this view.) But we will not get ourselves involved in this polemic, or in anything that takes us away from our main aim, which is to lay bare the techniques of Homeric poetry.

They might have reconsidered, and paid greater attention to local conditions, had they known that their scholarly sojourn in Albania would eventuate in the demolition of their tape recorder, and destruction of their tapes. Kadare invents an account of the incident, as published in the local newspaper:

'This is not the first time that Slav chauvinists have brutally attacked scholars working on Albania's classical roots. Any mention of the Illyrian origins of the Albanians, in particular, arouses in them barbaric and murderous jealousy, which is, alas, just as widespread here, in the Balkans'.

The reference to the "Illyrian" language is apposite. As Kadare notes in the Paris Review interview, the linguistic status of Albanian exceeds the conventional cartographic boundaries:

Half of the Albanian population lives next door, in Yugoslavia, in the region of Kosovo. In all, ten million people in the world speak Albanian, which is one of the basic European languages. I'm not saying this out of national pride-it is a fact. Linguistically speaking, there are six or seven fundamental families of languages in Europe: Latin, Germanic, Slavic, Baltic (spoken in Latvia and Estonia) and three languages without families, so to speak: Greek, Armenian and Albanian. Therefore, the Albanian language is more considerable than the little country where it is spoken, since it occupies an important place in Europe's linguistic cartography…

Albanian is also important  for being the only descendant of the ancient Illyrians' language. In antiquity there were three regions in southern Europe: Greece, Rome and Illyria. Albanian is the only survivor of the Illyrian  languages. That is why it has always intrigued the great linguists of the past.

In his review of the book, Kalfus suggests that Kadare has a "nostalgia for preliteracy". This seems much too narrow a view. Kadare's Paris Review interview with Shusha Guppy (Summer 1998) argues persuasively against the more dismissive comments of Kalfus. Discussing the Albanian language, Kadare says,

For me as a writer, Albanian is simply an extraordinary means of expression-rich, malleable,  adaptable.  As I have said in my latest novel, Spiritus, it has modalities that exist only in classical Greek, which puts one in touch with the mentality of antiquity. For example, there are Albanian verbs that can have both a beneficent or a malevolent  meaning, just as in ancient  Greek, and  this facilitates the  translation of Greek tragedies, as well as of Shakespeare, the latter being the closest European author to the Greek tragedians. When Nietzsche says that Greek tragedy committed suicide young because  it  only lived  one hundred  years, he is right. But in  a global vision it has endured up to Shakespeare, and continues to  this day. On the other hand, I believe that the era of epic poetry is over. As for the novel: it is still very young. It has hardly begun.

Kalfus notwithstanding, Kadare argues that epic poetry (an oral genre) has been superseded (though perhaps not entirely supplanted) by the novel (a print genre). There's no inkling here of a nostalgia for preliteracy. Here's Kadare again, in dialog with Guppy:

Yet the death of the novel has been foretold for fifty years!

There are always people who talk a lot of nonsense! But in a universal perspective, if the novel is to replace the two important  genres of epic  poetry-which has disappeared­ and of  tragedy-which continues-then it has barely begun, and has still two thousand years of life left.

Hmm. Still no nostalgia for preliteracy!

Finally, here is Kadare's more thoughtful view of the relation between orality and literacy:

Listen, I think that in the history of literature there has been only one decisive change: the passage from orality to writing. For a long time literature was only spoken, and then suddenly with the Babylonians and the Greeks came writing. That changed everything, because before, when the poet recited or sang his poem and could change it at every performance as he pleased, he was free. By the same token he was ephemeral, as his poem changed into oral transmission from one generation to the next. Once written, the text becomes fixed. The author gains something by being read, but he also loses something-freedom. That is a great change in the history of literature.

It might be argued that there can be no fixity of texts, whether oral or written, but that discussion will have to wait, till later…