The possibility of memory 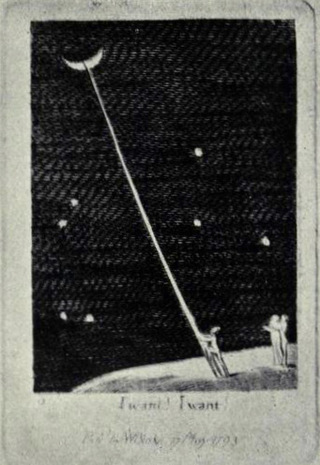 William Blake, I want, I want

It's been some time since my last post, due mainly to distractions precipitating from the steep learning curve of pollinator gardening. Not having anything else in hand at the moment, I'll resort to publishing a poem I've been working on (and which I'll continue working on here). I realize that this stratagem may disappoint an imagined reader, but as they say, there's nothing for it just now.

I don't know where this poem of mine came from, or where it may be going. But the proximate impulse to make this post arose from reading a book of poems by Marilyn Hacker. Her poem is titled Ghazal — no subtitle, though other poems in the book employ that term. Which book, by the way, is A Stranger's Mirror (W.W.Norton & Company, 2015). Here are the first two stanzas of Hacker's poem:

She took what wasn't hers to take: desire
For all that's not her, for what might awake desire.

With it, the day's a quest, a question, answered where-
Ever eye, mind lights. Desire seeks, but one can't seek desire.

These closing thoughts on desire echo the closing thoughts of my poem, which I think is about memory, or about time. I hadn't seen Hacker's poem till now, had been working on my poem, off and on, for months, with those closing lines there from the first roughed-out draft; from the epiphanic moment, as it were.

Hacker's use of enjambment in Ghazal is seamless, unlike my own trials with that literary device. I'd suggest however that there's otherwise little connection between the two poems, apart from twinning the ego as both subject and object -- without knowing what that might mean, in my case. Anyway, here's my poem:

The possibility of memory

Riffling the signatures
of a revenant tome
Gingko weaving sunlight

Through the chain lines

Picking up the phone, your voice

A shaft of audible dust
Traces a Ley-line through

Did I miss the launch
That carried you and the others away?
Did I drift through yet another apocalypse?

Living long with Gingko
You may choose memory
But will memory
Choose you?